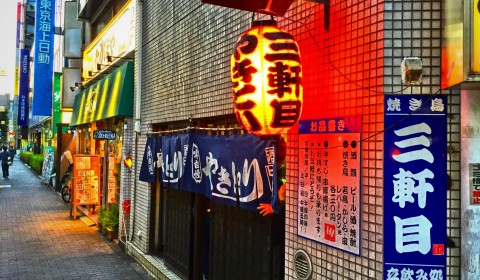 The JALTCALL Conference this year brought together a sizeable audience at Tamagawa University in Tokyo. For this conference, JALTCALL partnered with the BRAIN SIG (whose full name is the Mind, Brain and Education SIG) to focus on the theme of CALL and the Brain, with various presentations addressing the intersection of knowledge about the brain, language, literacy and educational technologies.

In her virtual plenary, Neuroconstructivism in the modern classroom, Tracey Tokuhama-Espinosa began with a warning that, although we know more than ever about the human brain, we still know relatively little. She pointed out that no two human brains are the same, because they are shaped by our past experiences, and that prior knowledge influences new learning. Therefore individuals need different amounts of exposure to new knowledge before they ‘know’ it, because it depends on prior experience with similar information. Neuroconstructivism is a framework focusing on the construction of representations of knowledge in the brain. People will interpret information subjectively depending on their past experiences, and it is important how they connect new knowledge with those experiences.

Language processing as a whole is very complex. To be able to read effectively requires the activation of at least 16 neural pathways in the brain. Writing is even more complex. It is easier to say what parts of the brain are not used in language processing, rather than trying to list all the parts that are. However, recent studies suggest that bilingualism and multilingualism lead to functional, rather than structural, changes in the brain. Neurolinguistics shows many benefits of bilingualism, and no disadvantages.

Three key ideas for teachers are:

One way of using technology to do this is through virtual bundles of information which can be presented in mini-libraries online. Each bundle for a weekly topic could, for example, consist of a video and slides introducing a topic and priming students to learn things they don’t already know, and a collection of instructor-recommended resources which allow students to gain further and deeper understanding. These virtual bundles allow learners to each approach the topic from their own starting point, thus providing different levels of entry to the topic; creating the opportunity for learners to fill personal gaps as well as to shine in later face-to-face classes; and enhancing the motivation level of learners due the Goldilocks Effect, where nothing is too easy or too hard. This flipped approach also has the benefit of allowing the teacher to work from a common starting point in face-to-face classes. She wrapped up by referencing the TPACK framework as presenting key considerations for teachers, who need subject knowledge, pedagogical knowledge, and technological knowledge to support the first two of these and to help individual students to learn.

In his virtual plenary, Can neuroimaging inform the principles of learning technology?, Paul Howard-Jones discussed the value of uncertain, rather than certain, rewards in education. He outlined a current study entitled Does ‘gamification’ boost engagement and educational learning? which involves uncertain, escalating rewards, as well as competition with a peer. In another study entitled ‘Brain School’, a comparison was made between a study-only condition, a self-quizzing condition, and a game-based condition (with uncertain, escalating rewards and competing with a peer). In self-reported behavioural results, game-based learning was found to be more engaging than self-quizzing, which in turn was more engaging than study-only. In brain scans, there was found to be some default mode network (DMN) deactivation, which may be a useful neural marker for educational engagement. In other words, gamification increased self-reported engagement and learning, and deactivated DMN. More study is needed on various aspects of these experiments, including on how uncertainty, escalation and peer competition in gaming contribute to the brain’s reward response and learning.

In my keynote, Beyond traditional language and literacy: The rise of mobile literacy, which closed the first day of the conference, I gave an overview of key digital literacies which feed into mobile literacy, as well as making some comments on the need to balance up the advantages of mobile devices (for deepening students’ learning and engagement) with the challenges they present (in areas such as culture, socioeconomics, privacy and surveillance, health, and the environment). Facing up to the challenges of mobile learning, I suggested, will best allow us to capitalise on its possible benefits.

In their presentation, Digital literacy: A case of Japanese EFL students, Jeong-Bae Son and Moonyoung Park spoke about the fact that while young people may use technologies in many aspects of their lives, they often need training on how to do so for learning purposes. After considering various definitions, Jeong-Bae Son defined digital literacy as the ability to use digital technologies at an adequate level for creation, communication, and information search and evaluation, in a digital society. It involves the development of knowledge and skills for using technologies for different purposes. He indicated that there are 5 main elements:

Moonyoung Park reported on a study of 70 EFL students at a Japanese university. Even though these were computer science majors, many said they were limited in their ability to create with digital technologies – for example, building webpages or recording digital videos. A considerable percentage did not know virtual worlds like Second Life, or key podcasting or photosharing sites. Students generally perceived their level of digital literacy as moderate to high, but recognised the importance of improving their digital fluency.

In his presentation, Gamification: The future of learning?, Guy Cihi suggested that the lower levels of Bloom’s taxonomy – remembering and understanding – lend themselves to memorisation through a gaming format. A good game is characterised by successive eustresses (positive stresses) experienced in your brain. Most good games use an element of uncertain reward, which produces consistently higher levels of dopamine than do unexpected rewards or certain rewards. This can be seen for example in the use of dice, and the point was illustrated with reference to the Candy Crush game. Almost any game you play with students can be modified so that certain rewards are treated as uncertain rewards. An app like Zondle, which has paired associate tasks, makes use of user-uploaded content, and allows for certain and uncertain game rewards, is an example of a learning game which applies uncertain rewards. The forthcoming Lexxica app Words & Monsters will work on similar principles.

In their presentation, Smartphones and homework, Douglas Jarrell and Emily Mindog pointed out that smartphones have both receptive and productive capabilities, and can be used for ubiquitous access as well as accommodating different learning styles. They discussed Schoology as a platform that can be used both on computers and on mobile phones, though the iPhone and Android apps are a little different. Speaking of childhood education majors, they emphasised the importance of the students improving their speaking and listening skills. They gave examples of activities where students made an audio recording of their speaking; where students had to draw a picture while listening to an audio recording of instructions by the teacher; and where students had to turn a sequence of activities described by the teacher in a video into written instructions. While most students said that using mobile phones for learning was good, convenient and modern, a number ran into data limit problems, and several Android users had problems. 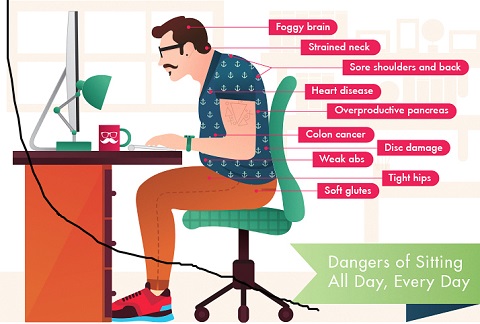 In his presentation, Killing Them Softly with Phone Love, Brian Gallagher spoke about healthy and unhealthy approaches to our use of digital devices. He highlighted issues like bad posture and poor ergonomics (see figure above), and eye strain, including computer vision syndrome, or CVS (see figure below). He spoke about an annual survey conducted with Japanese students over 4 years, where students, over time, reported greater degrees of agreement with statements that they were using computers too much, felt their eyes were tired after using small screens, and felt dizziness or neck pain after using technology. The danger is that we may be harming our students by using too much technology too much of the time. We should employ good practice and teach this to students, with a key message being to use everything in moderation. We should also consider asking students for their opinions after informing them of good practice. 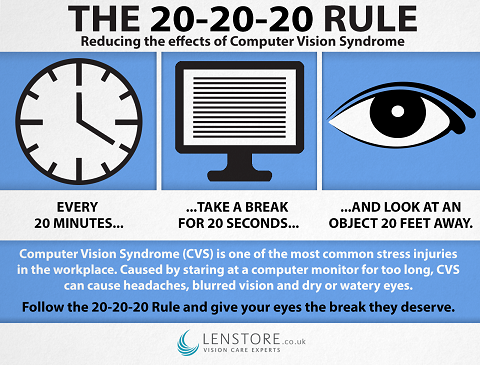 On the second afternoon of the conference, an unconference session took place where participants were invited to wander between rooms and dip into the various topics being discussed in each room. I dropped in on a series of discussions on topics ranging from voice recognition to physiological responses to screens, as well as an app exchange session which included a whiteboard sharing of useful apps and websites (see figure below). There is a full list of all the apps and websites mentioned, in alphabetical order, on Paul Raine’s blog. 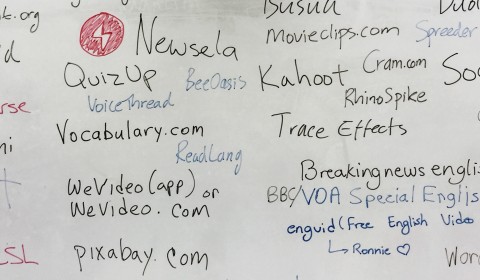 App exchange, JALTCALL Unconference. Photo by Mark Pegrum, 2016. May be reused under CC BY 3.0 licence.

It’s always interesting to come back to Japan – a country with an astonishingly, but unevenly, high-tech landscape – to see how the educational technology sector is continuing to evolve. There are always plenty of lessons here for the rest of the world.